The Bologna Declaration was a starting point for several European governments to reorganise and modernise the higher education system in their countries. In the Bologna declaration, as well as in the communiques from the ministerial conferences, employability is mentioned as an important aspect for HE programs. It is especially linked to the first cycle degrees, which should be relevant to the European labour market as an appropriate level of qualification, but it is of course linked to all three cycles. It is also linked to life-long learning and the ability to broaden the competences for individuals when the labour market needs are rapidly changing.
The word “employability” has been criticized. This must be seen in the light that many HE systems had first degrees of 4-5 years before adjusting to the Bologna process. The criticism can also be related to a criticism for too direct linkage to the labour market needs, not allowing the unforeseen demands in society, which more general studies might assure. “Usability” has been mentioned by students as a more appropriate term. A too strict link to the existing labour market can be conserving our societies instead of developing them.
At the same time, we have to be aware that our governments sometimes seem to be impatient with the higher education institutions – and students – when it comes to the supply of competences compared to the labour market needs. We also have to be aware of the existing allocation of study programs between different fields. The allocation might still mirror the historical facts. Programs in the humanities and social sciences often attract more students compared to the SciTech fields. There is a gap in the supply of graduates competences and the demand from parts of the labour market, which is discussed not least by enterprise associations. The main message in this keynote is to focus more on the transversal skills in all study programs and also assess them. In this way the future needs of the labour market will be met more properly.
In the recent call for European universities, the requirements for long term cooperation covers many aspects, among others practical and work-based experiences to foster an entrepreneurial mind-set and civic engagement. 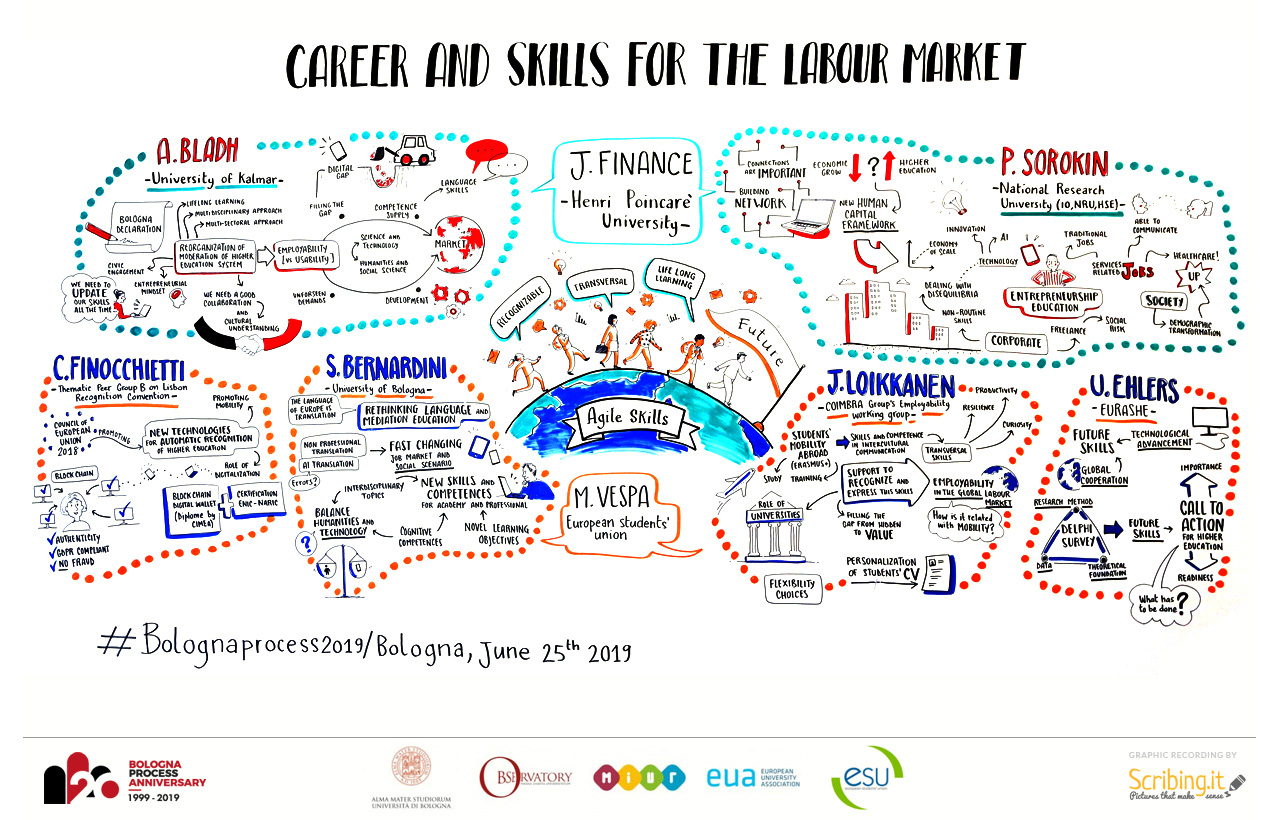